Films I am looking forward to in 2014

Keeping up my tradition from last year, here are some films I'm looking forward to in 2014. This list is not comprehensive and in no particular order, but simply twenty movies coming out this year that I'm interested in right now. 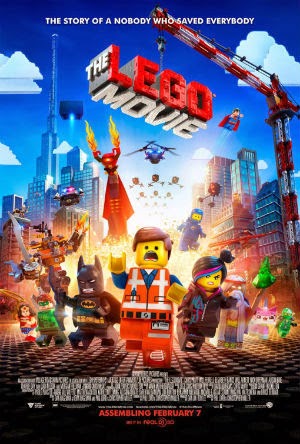 The Lego Movie
I loved playing with Legos as a kid and this movie has been getting rave reviews with an astounding 96% on Rotten Tomatoes. If that isn't enough, The Lego Movie was directed by Phil Lord and Christopher Miller, creators of one of my all-time favorite TV shows, Clone High!

Captain America: The Winter Soldier
While I'm looking forward to all future Marvel Studios movies, this is the one I'm most excited about other than Avengers: Age of Ultron. Although the recent films in this series have been getting more fantastical, The Winter Soldier looks like the most grounded Marvel Studios movie since Iron Man. Nick Fury and Black Widow seem to play crucial roles from the trailers and this is looking like what I wanted from The Agents of  S.H.I.E.L.D. TV show. Marvel has billed The Winter Soldier as a political thriller so it seems that this comic book movie will bring something new to the genre. I'm also hoping for some WWII flashback scenes as I loved the retro style of Captain America. 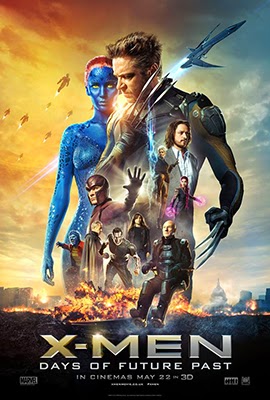 X-Men: Days of Future Past
I don't think that the X-Men films get enough credit for popularizing superhero movies. Sure the first Spider-Man movie made more money (and had a bigger budget), but without the success of X-Men (2000) setting a precedent it's possible that things may have played out differently. It's also important to keep in mind the serious tone of X-Men, which opens with a scene at a concentration camp, just three years after the goofy Batman & Robin. While I haven't seen the X-Men trilogy in a while, I liked them a lot at the time. I also thought X-Men: First Class was very good and made up for the disappointing X-Men: Origins Wolverine. X-Men: Days of Future Past will use time travel to bring the older and younger casts together. I think this is a great idea (though maybe should've been saved for the final movie in this new trilogy) and can't wait to see Patrick Stewart and Ian McKellen together again as Professor X and Magneto.

The Hobbit: There and Back Again
I've read the book and seen the first two Hobbit movies, so of course I want to see the final part of this film trilogy, which will also be Peter Jackson's last adventure in Middle-earth. It will be interesting to see what is added this time as there isn't much material from the book left to cover.

Godzilla
I'm not too familiar with Godzilla but the trailers for this movie look fantastic and don't give away much. I was impressed with the visuals and tone and hope this movie will be as good as advertised. I might miss the 2001: A Space Odyssey music used in the trailers though. 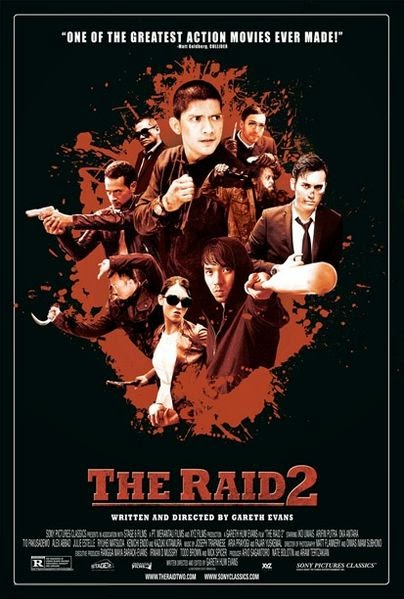 The Raid 2: Berandal
I liked The Raid and am interested in the sequel. It looks like The Raid 2 has a bigger budget, story, and scope so I think this movie has what it takes to be a good sequel.

Interstellar
Now that I'm done with the franchise movies and sequels, it's time to get to the original films. Interstellar is the next film from director Christopher Nolan and will be released this November. Not much is known about the story other than that it deals with space travel, a topic Nolan hasn't covered yet. Now that we live in a post-Gravity world Nolan will have to step up and deliver a great film about space but I'm sure he's up for the challenge. Interstellar stars Matthew McConaughey, Jessica Chastain, Anne Hathaway, and of course, Michael Caine. 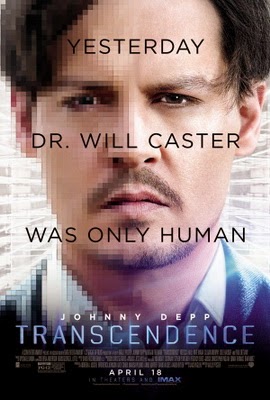 Transcendence
Christopher Nolan's usual cinematographer, Wally Pfister, will make his directorial debut this year with Transcendence. Although the concept of uploading a human mind to a computer has been done before, it's particularly relevant in today's world with constant advances in technology. Besides Johnny Depp, Transcendence also stars Morgan Freeman and Cillian Murphy, who Pfister worked with on Christopher Nolan's Batman movies.

Birdman
No, this is not a movie based on the Hanna-Barbera Birdman cartoon or the Adult Swim show Harvey Birdman, Attorney at Law. Birdman is a comedy film starring Michael Keaton as an actor best known for playing a superhero as he tries to star in a Broadway play. Keaton is famous for portraying Batman so it'll be interesting to see how Birdman plays off of that.

Killing Hasselhoff
Birdman is not the only comedy meta film coming out this year! Killing Hasselhoff is about a down on his luck man whose only chance at fixing his life is to have David Hasselhoff killed in order to win half a million dollars in a celebrity death pool. Hasselhoff stars as himself!

The Imitation Game
Benedict Cumberbatch has been all over Hollywood recently and this movie could deliver his first Oscar nomination. The script for The Imitation Game came out on top of the Black List (best unproduced screenplays) in 2011 and quickly ignited a bidding war eventually won by The Weinstein Company for $7 million. The Imitation Game stars Cumberbatch as Alan Turing and tells the true story of how he helped break Nazi Germany's Enigma code but was later convicted by his (British) government for being a homosexual. 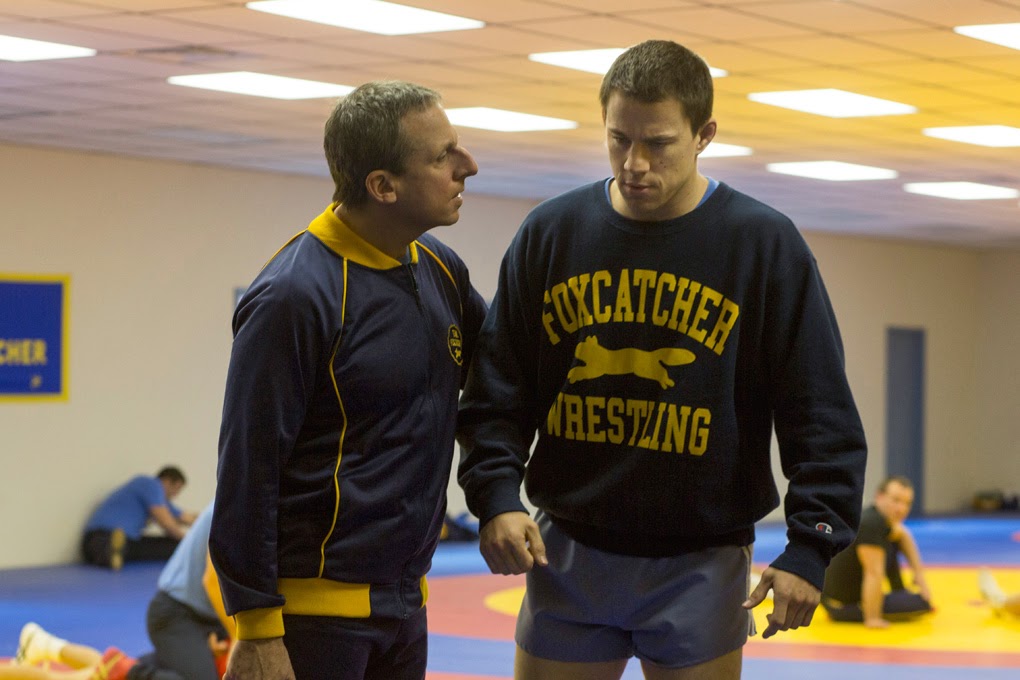 Foxcatcher
Another movie based on real events, Foxcatcher is about Olympic wrestling gold medalist Mark Schultz and how his brother and fellow Olympic wrestler Dave Schultz was killed by Olympic sponsor John Eleuthère du Pont in 1996. It'll be interesting to see how Steve Carell and Channing Tatum will do in dramatic roles.

Chef
Jon Favreau rose to prominence after directing the first two Iron Man flicks but his last movie was the lackluster Cowboys & Aliens in 2011. Chef proves to be very different from his recent films as it's about a chef who decides to start a food truck business after losing his restaurant job while also trying to get his family life sorted out. Chef will star Favreau as the lead and also features Sofia Vergara, Robert Downey Jr., Scarlett Johansson, Dustin Hoffman, and John Leguizamo.

The Judge
The other Robert Downey Jr. movie before Avengers: Age of Ultron, The Judge is about a lawyer (Downey) who returns home to attend his mother's funeral. However, while back in his home town he finds out that his father, the town judge played by Robert Duvall, is suspected of murder. 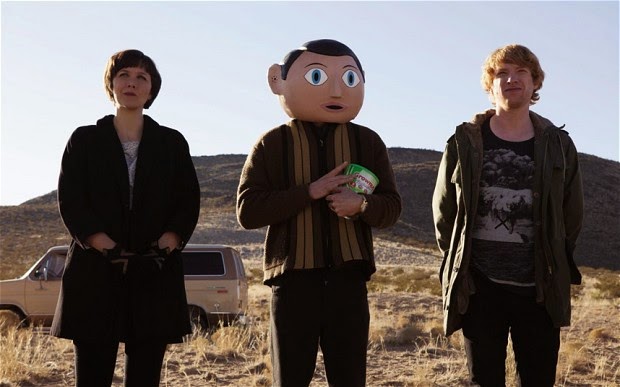 Frank
I've been looking forward to Frank since I first saw the above photo from this movie. What I didn't know until recently is that the film is partly inspired by real life musician Chris Sievey. Frank also incorporates on-screen tweets instead of a voice-over. The more I hear about this odd-ball movie, which stars Michael Fassbender and Maggie Gyllenhaal, the more I want to see it.

Big Eyes
Tim Burton has almost become a parody of himself in recent years in that he's been directing the movies everyone would expect him to make. However, Big Eyes seems to be a far cry from Dark Shadows and Alice in Wonderland as it's a biographical film about artist Margaret Keane. Big Eyes focuses on Keane's success as a painter as well as her legal battle with husband and fellow artist Walter Keane. Burton hasn't done a biopic since Ed Wood so hopefully this will be a return to form for him. 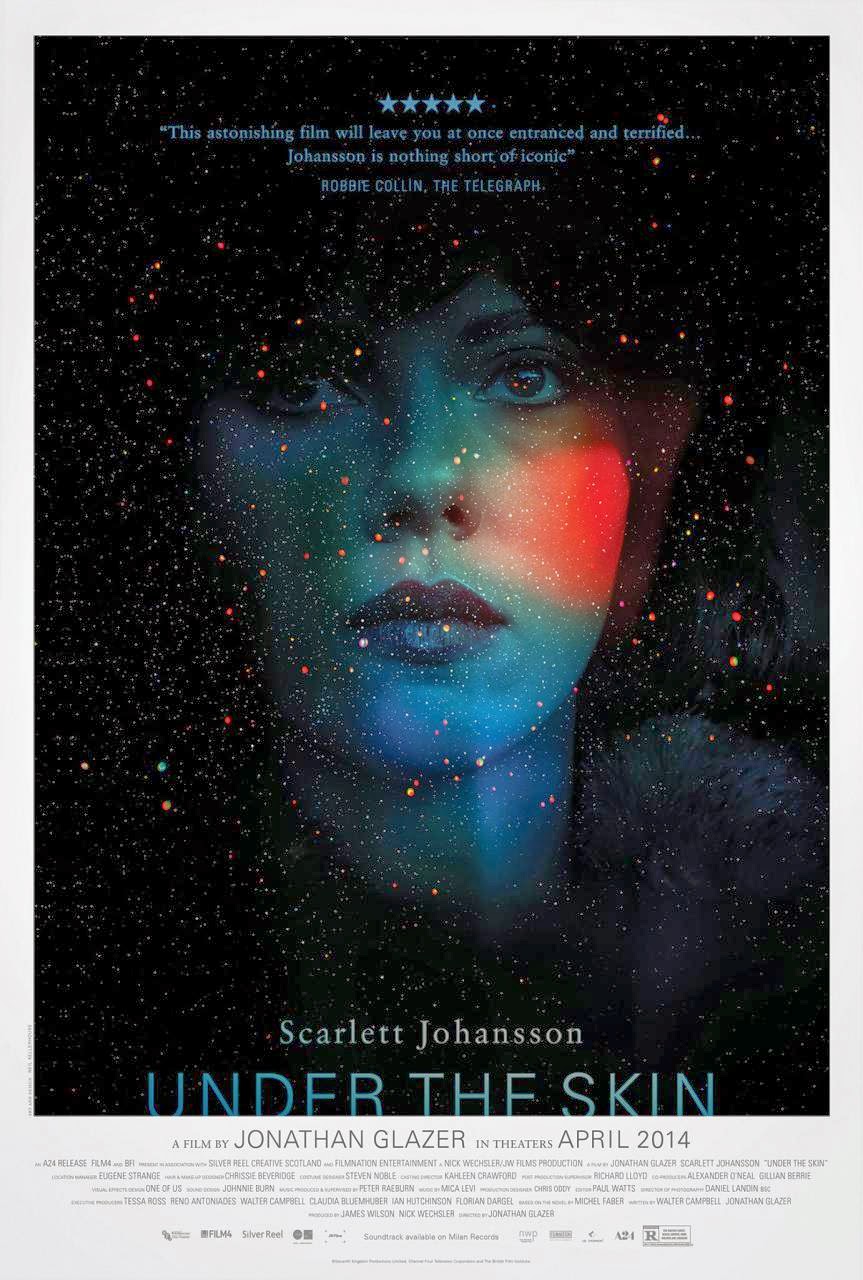 Under the Skin
Although the basic plot for this movie sounds like Species (an alien takes the form of a beautiful woman to seduce men who are later killed), Under the Skin is actually based upon the novel of the same name by Michel Faber. Despite my comparison to Species, it seems that Under the Skin goes in a different direction and is more serious. Parts of this movie were unscripted and feature non-actors so it'll be interesting to see how that experiment works. Under the Skin stars Scarlett Johansson as the main character, a sexy alien.

Bonus 2015 movies:
Avengers: Age of Ultron
It's the sequel to The Avengers and the first Marvel Studios movie of 2015. 'Nuff said!

Mad Max: Fury Road
Last year I put the fourth Mad Max film in my bonus movies for 2014 section. However, Mad Max: Fury Road got pushed back again and is currently looking at a May 2015 release. The various delays are worrisome but I trust director George Miller. Hopefully a trailer will come out later this year and we'll get our first look at Tom Hardy in the title role.

Crimson Peak
2015 is gearing up the be the "year of the franchise" even with the Batman vs. Superman movie being pushed back to 2016. However, there will still be plenty of original movies coming out next year. Crimson Peak, described as a "gothic horror story," is the next film from director Guillermo del Toro and will star Tom Hiddleston, Jessica Chastain, Charlie Hunnam, and Mia Wasikowska.

Email ThisBlogThis!Share to TwitterShare to FacebookShare to Pinterest
Labels: 2014

The musings of a cinematic omnivore 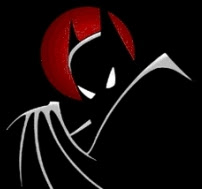 The Large Association of Movie Blogs 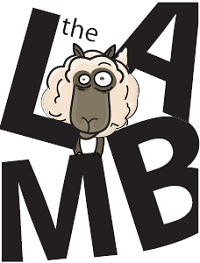 RVChris
I like movies. All kinds of movies. Even bad ones. But not the boring bad ones... 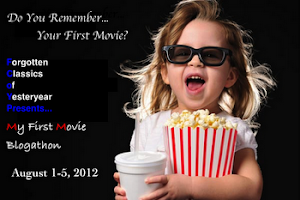 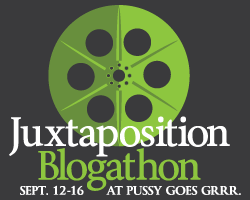 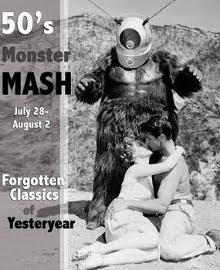 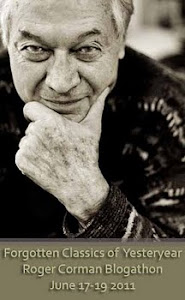